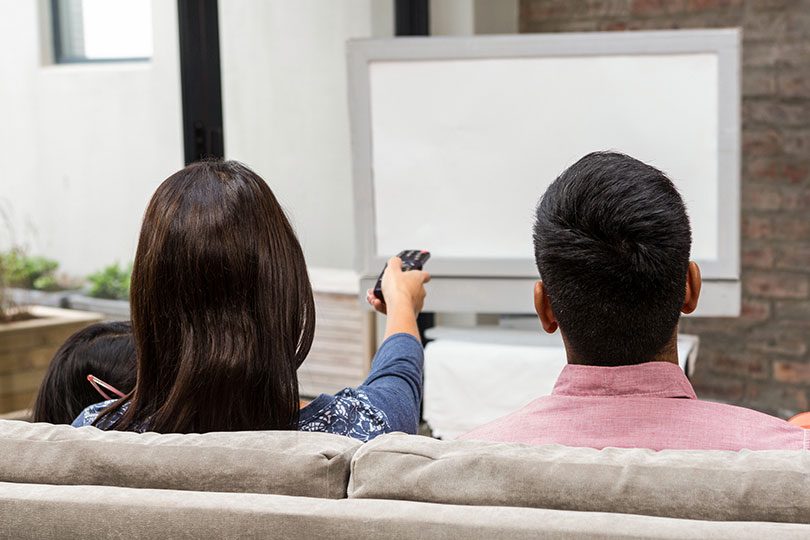 I was undertaking some research and I discovered that children by the age the reach pre-school have watched over 209 days of TV.

This accounts to thousands of ad and a great influence on TV. In fact in one year they can have watched 22,000 ads by just watching the ‘recommended’ two hours of TV a day.

As we do not have what I call ‘Mains” TV at home, basically we only watch DVD’s and movies I am easily able to see this influence on children. My children are always able to play, no matter where they are, even when in the bush they will find creative things to do. Last bush adventure they were making yabbie nets, rafts and axes out of rocks, wood and twine. Even when I take them to the movies, for example we went and watched The Amazing Spiderman, they will then play act and play out these stories for weeks to follow. If we watch Harry Potter then it is “Expelliamus” that is heard for weeks to come.

How then are our children influenced by TV?

And what about the different types of TV’s

Now we all want the wide screen Plasma TV’s. We like them in our lounges though did we know:

Plasma TVs consist of cells separated by a thin gap that contains inert gases. The other types of TVs such as the LED TV was thought to be the most environmental friendly screen light TV, though now scientists believe it could be otherwise.

They use less power and the do not contain mercury like flat screen TVs do and they are far more durable.

LED lights have been shown to exceed the safety limits of the so-called blue-light hazard in regards to eye safety. Basically they have a stronger blue spectrum than any other white light. Recent studies believe these lights to cause irreversible eye damage and to alter melatonin levels and hormone levels as a consequence. Other issues are they contribute to sleep disorders.

3D TV is posing its own health issues. Increases in seizures, stroke and epilepsy have been associated with their use. Especially in teenagers and children. Other ‘minor’ issues are altered vision, lightheadness, dizziness, involuntary movements, confusion, nausea, convulsions, cramps, disorientation and loss of awareness. 3D warnings state that sitting too close or by walking around the 3D glasses on can damage eyesight.

What are the choices, mercury emitting flat screens that emit high amounts of radiation  and magnetic fields. 3D TVs that can cause health defects or the LED’s that can affect eye functions?

So we have the influences on children with the health effects of TV’s, especially when sitting too close. The longer the time children spend playing games on TV the more it is influencing their behaviour and their health.

I read recently that children do not know emergency symbols for the Police or Fire department, though they do know the symbols for McDonalds and KFC. What does this tell us?

Advertising of food on television occurs principally as 30 second commercials (of which always seem to be louder that the TV program you are watching). These ads are directed towards children or adults, promoting ease of food purchase, or promises of being happier, healthier etc. Ads for children are frequently breakfast cereals, snack, soft drinks and fast foods. These foods are basically fatty, salty, sugary and are fast foods. They are devoid of nutrients and are high in food additives.

Snack foods are about 40% of the foods we eat now. This is not surpising when we see them as being happy and healthy choices.

Advertisements at the times that children are watching can occur at the rate of 30 ads per hour, 75 ads per day and 22,000 ads per year, this is if the child watches the recommended TV rate which is 2 hours and 30 minutes per day.  Food ads are from 25% – 48% of the ads on the TV. A 13 industrialised-nation study found that Australia recorded the highest number of food ads per hour. (Australian Consumers Association, 1996).

My recommendations, limit TV to maybe 2 hours a day, or even better a pre-selected and appropriate movie for children.

Avoid the news, the fear mongering of advertising and stick to happy, motivating and fun programs. Children are monkey see and monkey do and what programs and shows they are exposed too, will play out in their lives.

There are some good shows, documentaries, educational programs and movies, so make it about quality, not quantity.